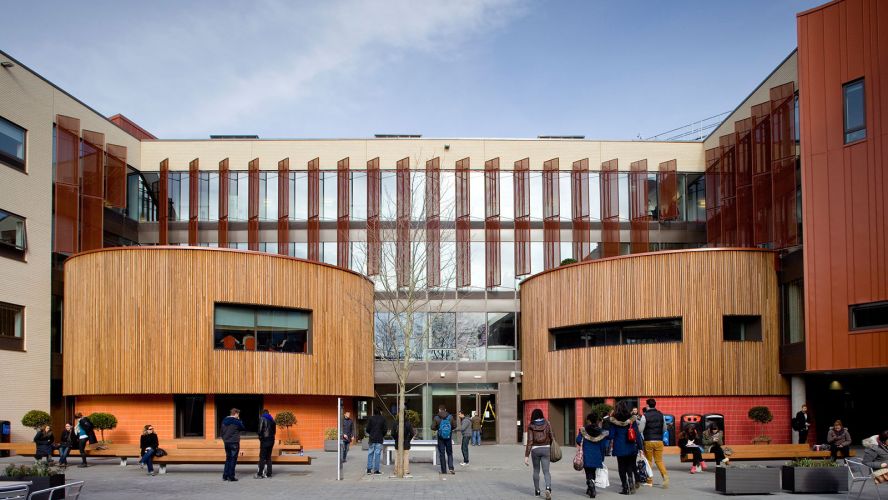 Founded in 1858, the Anglia Ruskin University is a public university located in East Anglia, United Kingdom. It has its campuses in Cambridge, Chelmsford and Peterborough. Anglia Ruskin’s Cambridge campus is home for 9 optometry schools in the UK and has its own optometry clinic.

Regional Ranking by US News - 64

Anglia Ruskin was awarded with  UK 'Entrepreneurial University of the Year' by Times Higher Education  for 2014 global ranking.

The criteria of ranking is based on ten environmental criteria, both policy and performance related. It incorporates data maintained through the Freedom of Information Act which includes the percentage of waste recycled and CO2 emissions for each individual institution.

Anglia Ruskin University ranking had boasted local presence as it has been named as one of the most upwardly mobile universities in the world.

Anglia Ruskin is the only UK university to feature in the top 20 ranking universities. Nine of the such universities are located in the United States, Australia, South Korea, Japan, Germany, and Finland completing the list.

Anglie Ruskin is ranked within the top 350 universities in the world and ranked 41st in the UK by the Times Higher Education World University Rankings 2020.[53].

However Anglie Rusking has no offical ranking from QS

Anglie Ruskin university was awarded Entrepreneurial University of the Year in the 2014 Times Higher Education Awards. Its entrepreneurial excellence was nationally recognized when it won the Duke of York Award for University Entrepreneurship at the Lloyds Bank National Business Awards 2016

The total student population at the university is more than 20,000 students. It attracts students from over 185 different countries across the world. The student faculty ratio at Anglia is 17:1.