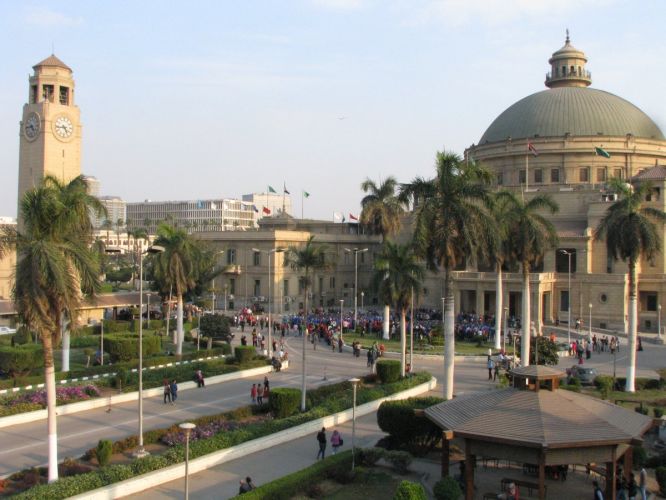 Study in Egypt with Cairo University

Cairo University, the main campus is in Giza. The University also have a publication section which includes university books, journals and publications and also libraries and periodic publications for students. The new library is located in the Central Library.

Cairo University, Professor WafaaAbd El-Ghany was awarded for Scientific Research and Technology.Dr. Ahmed Farid was awarded in the field of Bovine Diseases in the year 2014. Cario University Publications award in the year 2013- 2015 IEEE Gold Award for graduation projects in communications engineering at 2014 Egyptian. The Balzan International Foundation of Italy announces the Blazan Prizes 2016 Award for Molecular and Cellular Neuroscience, including neurodegenerative and developmental aspects Applied Photonics.

Shortlisting of Colleges and Universities in Egypt

A strong proficiency in the English language is essential for admission into universities in Egypt. To be able to get a successful admission in Cairo University in Egypt students need to complete IELTS with a minimum score of 6.5.