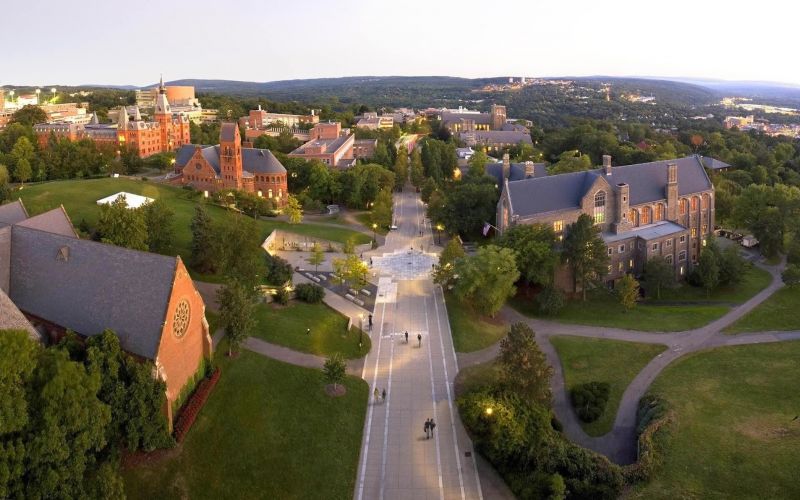 Study in United States of America with Cornell University

Cornell University is a privately endowed research institution which was established in Ithaca, New York in the year 1865. It is a member of the Ivy League and a partner of the State University of New York.

It has seven undergraduate units along with four professional and graduate units in Ithaca, two medical graduate and professional units in New York City and one in Doha, Qatar. The latest addition is the Cornell tech campus in the New York CityCornell University offers a wide range of courses through its reputed Schools and Colleges like Weil Cornell Medical College, Samuel Curtis Johnson Graduate School of Business, Cornel Tech, Graduate School, The College of Arts and Sciences, Johnson: Emerging Market Institute among others.

Constantly regarded as one of the prestigious institutions of the world, Cornell has more than 21,000 students enrolled in various courses. Of the total number of students enrolled with Cornell University about 21% are international students with the majority of them enrolled in Graduate and Professional programs. Cornell University (Ithaca Campus including Cornell Tech) has more than 1,640 faculties and 8,100 staff members. It aims to flourish scholars and researchers, 45 Nobel Laureates are associated with Cornell and 6 have been awarded ranks of academic reputation.

Cornell University's ranking in the 2019 edition of Best Colleges is NationalUniversities, 16.