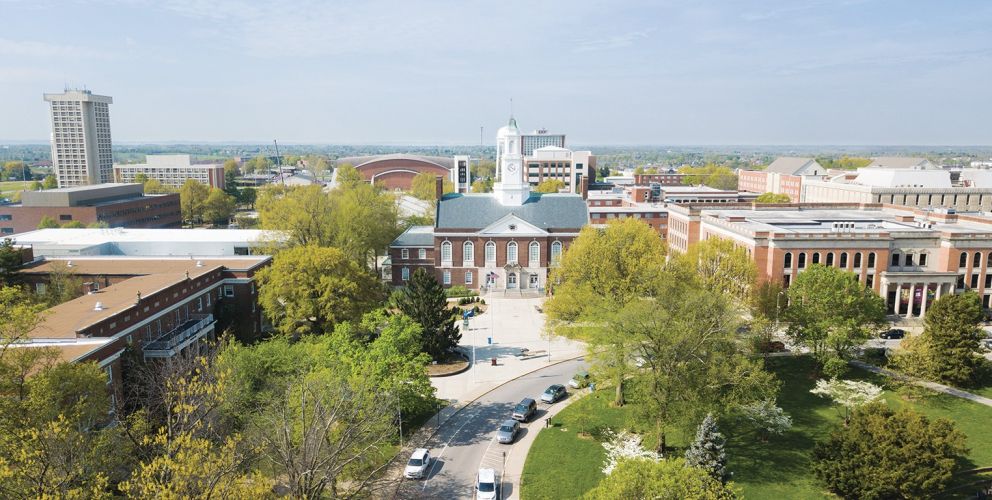 Study in United States of America with Eastern Kentucky University

University is equipped with highly qualified faculties most of them holding expertise. Student to faculty ratio is low. The university is known for its honors program which is nationally recognised.

Eastern Kentucky University campus is a modern infrastructure with four campuses with student safety being the priority. Basic amenities for the students are cafeteria, auditorium, cultural centres, recreational area, halls, classrooms, labs, and bookstore and campus store. There are more than 200 student organisations. University media includes newspaper and radio station.

University library is loaded with books, e-books, journals, magazines and research guides. Databases and access to computer systems is available. Spacious study area and rooms are available which can be reserved to study.

Eastern Kentucky University is nationally recognised. It has been ranked by the U.S. News and World Report among top public schools and regional universities. Forbes has ranked the university among top universities of America. It is also one of the best Vets College in America. University’s athletic teams are also  nationally known.

Financial assistance is offered to the students by offering them scholarships, loans, financial aids and grants. This helps students pursuing their education without any hamper.