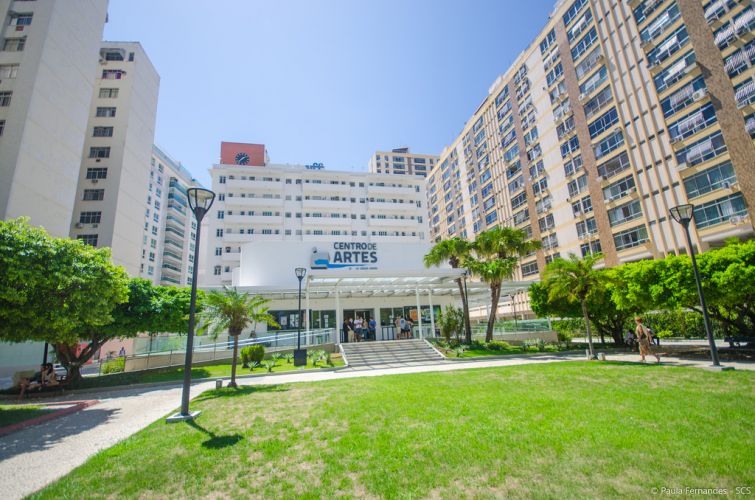 Federal Fluminense University has 3 campuses. The main campus is Gragoata Campus, the second one campus is Praia Vermelha Campus and the third one is Valonguinho Campus.Its headquarters and the major number of UFF unities are located in the city of Niterói. Besides Niterói, the university has educational unities in different cities within the Rio de Janeiro state, being the Federal University gift within the highest range of municipalities within the country. UFF is also part of the CEDERJ Consortium, which teaches distance learning undergraduate courses through centers located in the Rio de Janeiro state.

A study conducted by professors, researchers and undergraduate and graduate students of the Federal Fluminense University (UFF), the Rio de Janeiro Botanical Garden Research Institute (JBRJ), the Federal University of Rio de Janeiro (UFRJ) and Portsmouth University (England) received, on July 28, the Prize for Best Scientific Article, the Provasoli Award , awarded by the Phycological Society of America. The University also came up with the research of Selenium, selenoproteins and cancer risk - using genomics in nutrition research (Selenium, selenoproteins and cancer risk - using genomics in research on nutrition).

Federal Fluminense University, considered one of the main centers of excellence in Brazil, ranked in the 17th in the Center for World University Rankings of the best universities and 889th in world position. UFF is among the highest twenty-five universities in Latin America, according to research published by the Webometrics Ranking of World Universities. Besides, UFF has become the sixteenth largest university inside the country, the sixth-largest public university and conjointly the third-largest federal university inside the country. The University has always been committed to its motto of “Learn, Teach, Sow”.

A strong proficiency in the English language is essential for admission into universities in Brazil. To be able to get a successful admission in Federal Fluminense University in Brazil students need to complete IELTS with a minimum score of 6.

Masters: Deadlines may vary for each program. Please visit the program page for specific deadlines