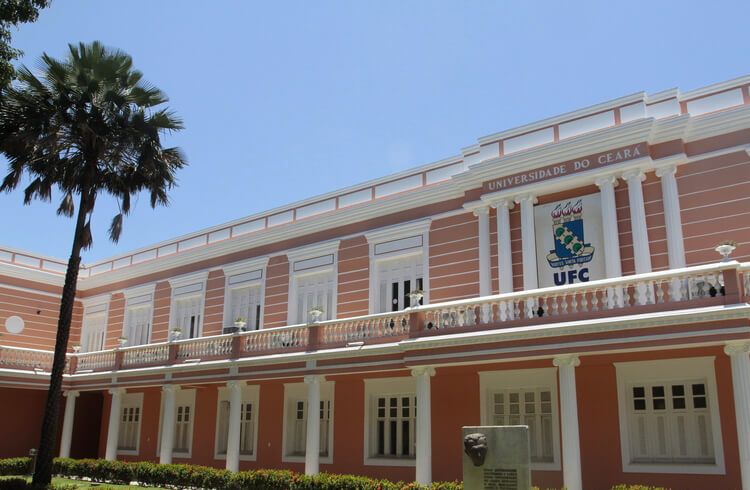 Study in Brazil with Federal University of Ceara

The Federal University of Ceara is a public university located in Fortaleza, Ceara, Brazil. The University was established in the year of 1954 it was linked to the Ministry of Education.

The Federal University of Ceara offers undergraduate, postgraduate and extension courses that meet the demands of training and stimulate scientific and technological research in all fields of knowledge. Extension programs and projects allow the knowledge produced to be made available to the outside community. UFC offers 119 undergraduate (110 in-person and nine distance) and 94 postgraduate courses, including 41 academic masters, 7 professional masters, and 36 doctorates. In addition, there are more than 700 extension actions, benefiting thousands of people across the state. The University has more than 2,052 academic staff and 1,382 administrative staff including 26, 956 undergraduate students, 7,641 postgraduate students, and 1,346 doctoral students.

The Federal University of Ceara is made up of seven campuses, called Benfica Campus, Pici Campus and Porangabuçu Campus, all located in Fortaleza (UFC headquarters), in addition to Sobral Campus, Quixadá Campus, Crateús Campus, and Russas Campus. In addition to the three campuses in Fortaleza (Benfica, Pici, and Porangabuçu), the institution is present in the interior of the state (Crateús, Quixadá, Russas, and Sobral), acting in the socio-economic development of these regions and contributing to the improvement of the population's quality of life. Supported by a solid heritage of knowledge, it also offers distance learning courses through the UFC Virtual Institute.

Students from the Federal University of Ceará, other Brazilian institutions and three foreign universities presented this Friday (30), at the Campus of Pici Prof. PriscoBezerra, their research on the control of cyanobacteria in water reservoirs, during the II Workshop Selaqua. The event, held under the Institution Internationalization Program (PRINT) of the Ministry of Education, aims to build new international research partnerships.

A strong proficiency in the English language is essential for admission into universities in Brazil. To be able to get a successful admission in Federal University of Ceara in Brazil students need to complete IELTS with a minimum score of 6.