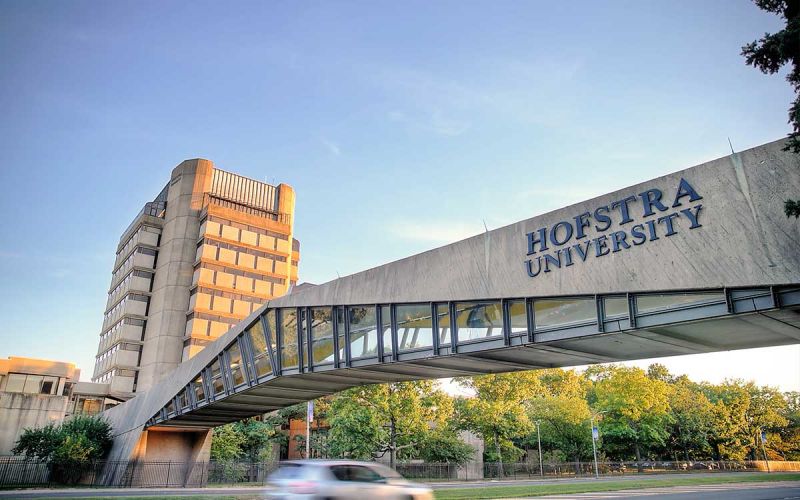 Study in United States of America with Hofstra University

Established in 1935, the Hofstra University is a private nonprofit institution located on the Long Island Village of Hempstead approximately 25 miles east of New York with 116 acre campus area. The university is noted for a series of prominent Presidential conferences, as well as being selected to host United States Presidential Debates in 2008, 2012, and 2016.

The university offers various degree programs across respective colleges & schools with 6 undergraduate, 14 graduate, 15 dual degrees. The most popular programs include Psychology, Marketing/Marketing Management, Accounting, Public Relations/ Image Management and Finance. The graduate schools include Frank G. Zarb School of Business, the Maurice Deane School of Law and the School of Education. The university also holds full accreditation in about 27 academic and research areas. Hofstra has its own museum accredited by the American Alliances of Museums. The museum boasts a collection of around 5,000 works of art and puts on about five exhibitions annually.

The University has an approximate student population of 10,800 with a student to faculty ratio of 14:1 and an acceptance rate of 62%. Hofstra is one of the only two universities chosen to host Consecutive U.S Presidential Debates in the year 2008 and 2012.

Hofstra is considered a large research university according to the Carnegie Classification of Institutions of Higher Education. The university’s Honors College has a more selective admissions policy than that of the university as a whole and offers rigorous educational opportunity for high-achieving students. The School for University Studies provides a program for students whose abilities are not reflected in standardized test scores; while New Opportunities at Hofstra (NOAH) is designed for students whose educational progress to date has been restricted by limited educational opportunities or economic status.

Applications are reviewed as they are received and there is no specific deadline to apply by.