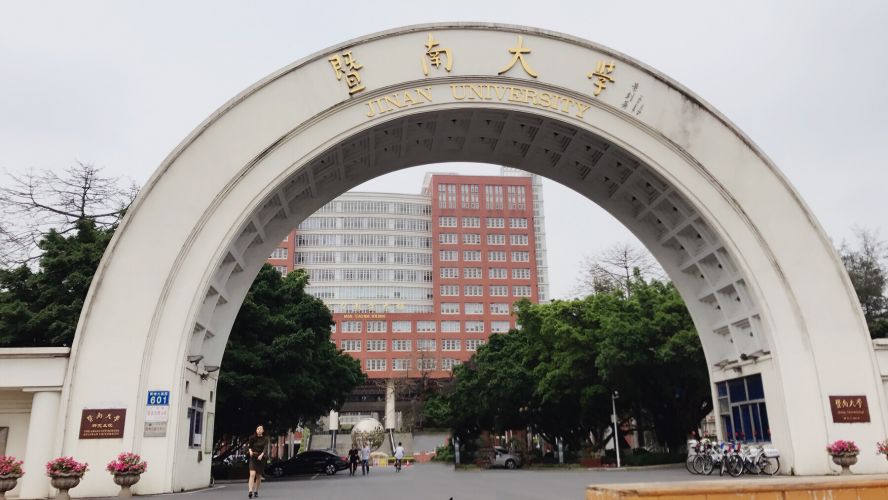 Study in China with Jinan University

Jinan University is one of the oldest universities of China offering 94 bachelor programs, 41 master’s, 23 doctoral programs along with majors, online, programs in English, study abroad programs and research based programs. There are 24 schools and colleges in the university with more than 70 labs and research institutes.

Most of the faculties hold expertise in their field of study. Student to faculty ratio is low. University is known for medicine, engineering, chemistry and economics studies. MBBS is also newly introduced by the university.

Jinan University has a modern campus covering an area of 212.14 hectares. There are five campuses in three different cities of China with all the facilities like dining, campus store, research labs, halls, auditorium, gym, playing arena, health care centre, student services, halls and high-tech classrooms with student safety. There are student clubs for them to explore more of their interest.

University library is digital library with loads of books, periodicals, literatures, research guides and journals. Huge number of databases is accessible on the installed computer systems. Study rooms and conference rooms are there to use by students and faculties.

Students can apply for the scholarships and financial aids offered by the university as the financial assistance. Certain criteria have to fulfilled by the students to achieve it.

A strong proficiency in the English language is essential for admission into universities in China. To be able to get a successful admission in Jinan University in China students need to complete IELTS with a minimum score of 5.5.