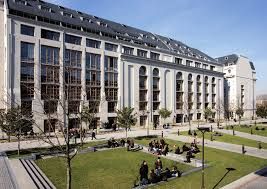 Paris Diderot University is also home to a wide range of student services such as libraries, state-of-the-art lecture theatres, study spaces, halls of residence, sports facilities, cafes, shopping area, and health services. Moreover, the city of Paris offers a vibrant student life which is unmatched by any other city in France.

Paris Diderot University is one of the founding members of Sorbonne Paris Cite, a higher education and research alliance for scientific co-operation to bring together four renowned universities in Paris to conduct collaborative research.

Paris Diderot University has a high acceptance rate and tuition fees like other French universities, is affordable. The university provides various opportunities for student exchange, and study abroad to its students.

A strong proficiency in the English language is essential for admission into universities in France. To be able to get a successful admission in Paris Diderot University in France students need to complete IELTS with a minimum score of 6.