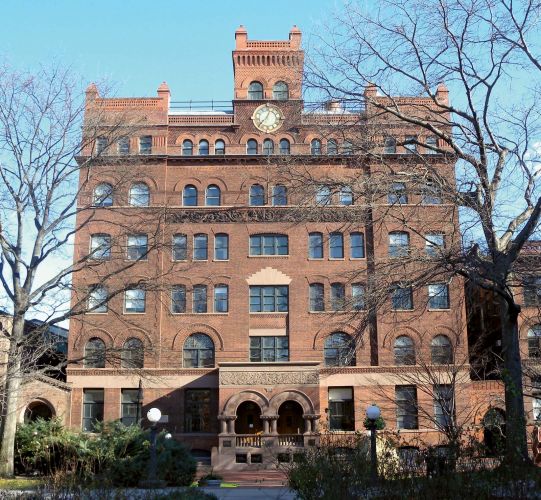 Study in United States of America with Pratt Institute

Pratt Institute is a private university situated in Brooklyn, New York. It was established in the year 1887 by American Industrialist Charles Pratt, who was a successful entrepreneur. The university is one of the most prestigious college in New York. The university mainly focus on engineering, architecture, and fine arts. Today, the university enrolls over 4,812 students.

Pratt Institute compromise six schools and more than 28 departments are divided into different sector. The institute offers 22 undergraduate programs and 25 graduate programs. The university include non-degree programs, certification courses for the students.

Pratt Institute main campus is located in the Clinton Hill, Brooklyn. The four main areas of the campus include Library Rose Garden, Cannon Court, Newman Mall and Amphitheater, and the Engineering Quad. The entire campus is surrounded in open space. The university offers a number of facilities to its students such as classrooms and lecture halls, residences, clubs, library center, sports center and societies, laboratories, shops, and cafes. The university has a satellite campus in Manhattan and it has extended campus in Utica, New York.

Pratt Institute student from Architecture department was nominated for Best Restaurant Design for Pod in Philadelphia, and was nominated for a Gold Key Award for Best Restaurant for his work on Ruby Foo’s New York. He was also awarded a Wave of the Future Award by Hospitality Design magazine in 2019. The university was acknowledge by the Public Art Review the campus was one of the top 10 best college and university in the art collections in the country.

Pratt Institute has a high acceptance rate and the university offers a number of scholarships to assist students with tuition fee and living costs.