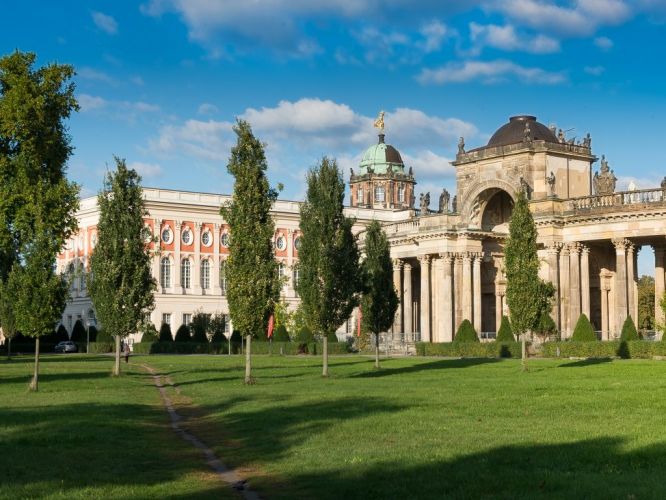 Study in Germany with University of Potsdam

The University of Potsdam is a public university in the Berlin-Brandenburg based in Germany. It was established in the year in 1991 by the amalgamation of the Karl Liebnecht College of Education and the Brandenburg State College.

The University of Potsdam has four campuses in Potsdam and Brandenburg. The largest university in Brandenburg. The university's main campus which incorporates the area most is settled within the immediate proximity of Park Sanssouci. The Communs – the prestigious annexes of the New Palace are home to some of the institutes of the Faculty of Arts. The Institutes of Sports Science and medical specialty moreover because the Institute for arithmetic will be found on the field Am NeuenPalais.

Golm:- Faculties of Humanities, Mathematics, and Science. Most institutes of the Faculty of Science, as well as the Human Sciences Faculty, are located in Potsdam-Golm, where state-of-the-art research facilities and architecturally intriguing buildings form one of the largest science parks in the region.

The University of Potsdam has become a winner in “Excellence in Teaching” of the Business innovation agency for the German Science system in the year 2009. The University research focuses area unit high-profile fields for the University. Research areas beneath the responsibility of the colleges target the enlargement of educational performance and networking inside and outdoors of the University.

College Profile for  University of Potsdam

Recommendation letters for University of Potsdam

A strong proficiency in the English language is essential for admission into universities in Germany. To be able to get a successful admission in University of Potsdam in Germany students need to complete IELTS with a minimum score of 6.5.