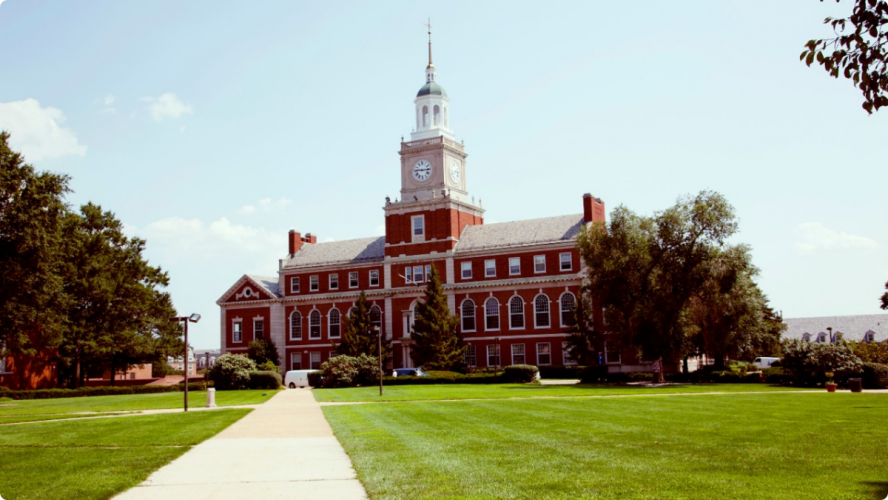 Howard University has a student population of more than 9,500 of which over 6,600 students are enrolled in the undergraduate courses. The student to faculty ratio at the university is 7:1 and acceptance rate is 49%.

Howard tops in STEM field programs and are ranked nationally for producing undergraduates with science and engineering degrees. In the year 2012, the Howard’s School of Law was nationally ranked among the top 20 public service schools. At Howard, 77% of the full time undergraduate students receive need based scholarship or grant awards. Apart from academics, students are encouraged to join many student organizations, including fraternities, sororities and academic clubs.