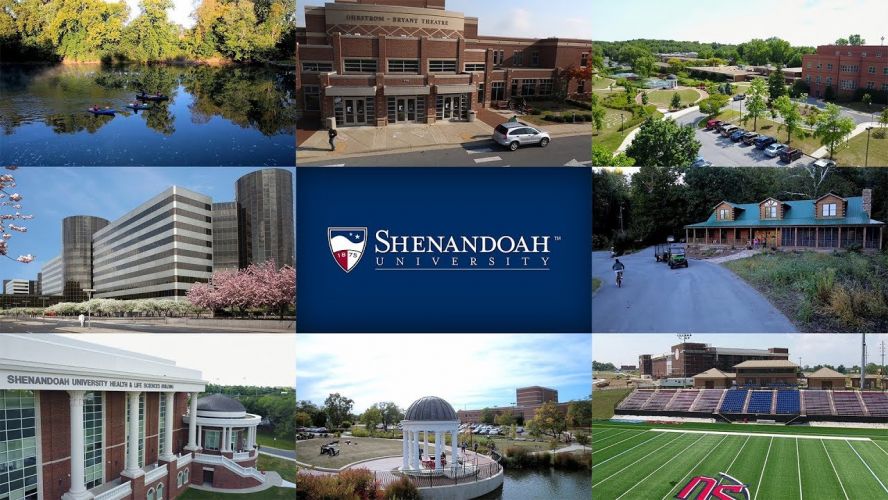 Study in United States of America with Shenandoah University

Shenandoah University is a private university situated in Winchester, Virginia. It was established in the year 1875 in Dayton, Virginia by Dr. Abraham Funkhouser and Professor Jay Fries. This university is one of five United Methodist Church-affiliated universities of higher education in the Commonwealth of Virginia.

Shenandoah University, presented one of its top honors, the “Algernon Sydney Sullivan Award”, to seniors Duasiané Benjamin ’18 and Karen Cornejo-Guillen ’18 at the College of Arts & Sciences for demonstrating a commitment to serving others. Professor Dan Shores who is the music production & recording technology has mixed and mastered “Songs of Orpheus”, was featured by Karim Sulayman & Apollo’s Fire was the winner of “Best Classical Solo Vocal Album” at his month’s Grammy Awards. He was also nominated in the Best Immersive Audio Album category for his work on the album “Seven Words from the Cross” by the vocal ensemble Skylark.

Shenandoah University was ranked #263 by National Universities Rankings for “Best Colleges in Nation”. It also ranked #440th by World University Rankings in the year 2019. The University has always been emphasis to its motto of “Curiosity Required”.