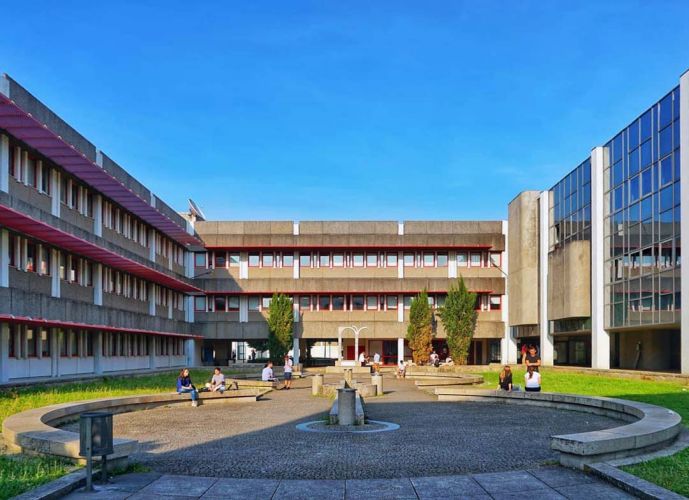 The Azurém Campus is located in Guimarães, the School of Engineering is located on this campus, as well as most of its courses. The School of Architecture and some of the School of Sciences and of the Institute of Social Sciences can also be found there.

Couros is the area south of the historic centre of Guimarães. This campus already has the Centre for Advanced Post-graduate coaching to welcome students of master's and scholar degrees moreover as a degree in Theater; the operative unit of UNU on e-gov and the Institute of Design, which has a degree in Product Design and where other specialized courses in this area will operate progressively.

University of Minho, international masters was awarded for Europe Nostra Award in the year 2017. Rui L. Ries wins Equatorial Guinea Award for Research in Life Sciences. The University of Minho has 32 research units.

As of 2013, the University of Minho seems on the ranking of Times higher education together of a hundred best universities of the planet underneath the age of fifty, occupying the 76th position. In 2014, it placed 75th overall. In the Times Higher Education World University Rankings of 2015, the university was ranked between 351 and four hundred worldwide.

University of Minho Cost of studies