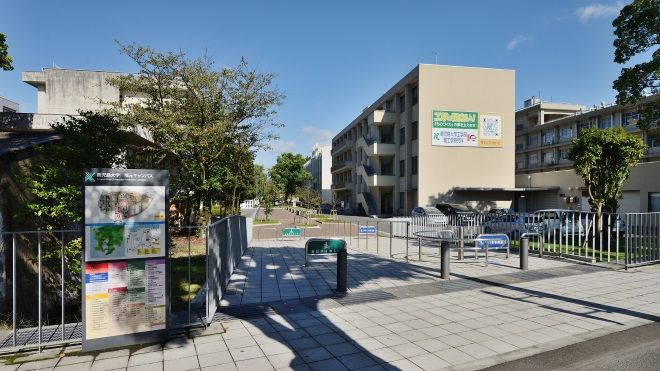 Study in Japan with Kagoshima University

Kagoshima University has established the Academic Network on Adaptation to Changing Environment. The university is at the forefront of research and development activities pertaining to agriculture, livestock, fisheries, environment, and Pacific islands.

Kagoshima University is highly reputed for conducting workshops, seminars, and designing courses aimed at enhancing production from Fisheries and Sustainability. The training Course in Coastal Fishing Technique for Sustainable Resource Use attracts researchers from Jamaica, Western Samoa, Philippines, Peru, and the Solomon Islands.

Kagoshima University has an acceptance rate of 43% and the tuition fee is quite affordable as compared to western universities. The cost of living in Kagoshima is also much lower than living in bigger cities like Tokyo, Osaka, or Yokohama.

Kagoshima University also runs various international partner projects to strengthen its research and development capacity and output. These programs are in partnership with various countries like Indonesia, Malaysia, China, Vietnam, Korea, Thailand, the Philippines, and France.

A strong proficiency in the English language is essential for admission into universities in Japan. To be able to get a successful admission in Kagoshima University in Japan students need to complete IELTS with a minimum score of 6.5.