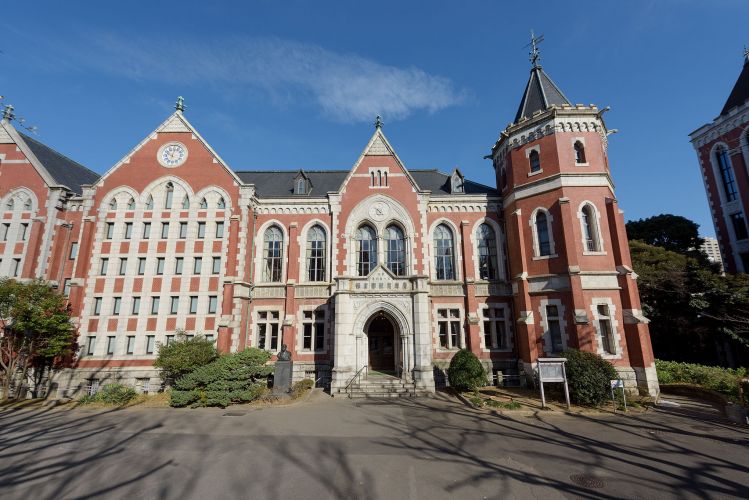 Study in Japan with Keio University

Keio University is also home to 30 leading research and media centres in Japan. The university also has a number of affiliated schools and colleges in Tokyo imparting elementary, secondary, and language education to the students.

Keio University has eleven campuses in Tokyo, Yokohama and Osaka areas. They are located in Mita, Hiyoshi, Yagami, Shinanomachi, Shonan Fujisawa, Shiba Kyoritsu, Shin-Kawasaki, Tsuruoka, Urawa Kyoritsu, Osaka Riverside, and Marunouchi. The campuses house 6 state-of-the-art IT centres and s Hospital and Rehabilitation Centre called Keio University Hospital in Tokyo. The hospital is considered as one of the largest and well-known medical facility in Japan.

Keio University also provides extensive sports facilities to its students. Dedicated desks for international student services, recreational activities, CV and career planning, and language centers allows the students to make most of their time at the university. The university also provides extensive options for dormitories and halls of residence to international students.

Keio University graduates include 76 members of the current Japanese parliament, 3 former Japanese Prime Ministers, 60 members of the cabinet, 2 astronauts, and host of other personalities who has attained topmost positions in business, arts, government, and sciences. The university has the record for producing the highest number of graduates who have gone on to become CEOs of companies listed on the Tokyo Stock Exchange.

Keio University has emerged one of the top 10 universities in Japan for research according to Thomson Reuters. It also ranks 2nd in Japan to produce highest numbers of research papers and legal journals. The university also ranks highly as a centre for scientific research and engineering studies.

Keio University has over 350 student exchange partnerships with institutes like Brown University, University of Pennsylvania, Carnegie Mellon, Dartmouth College, and Ecole Polytechnique. Keio students gain valuable exposure by opting to study abroad for a semester at the highly prestigious universities in the world.

Keio University also provides financial aid and support to its students through various scholarships, bursaries, and grants. On average, 3000 Keio students receive 300,000 Yen worth of scholarships each year. The university’s acceptance rate is low and the tuition fee is also on the higher as compared to other universities in the Tokyo area.

A strong proficiency in the English language is essential for admission into top universities in Japan. To be able to get a successful admission in Keio University in Japan students need to complete IELTS with a minimum score of 7.