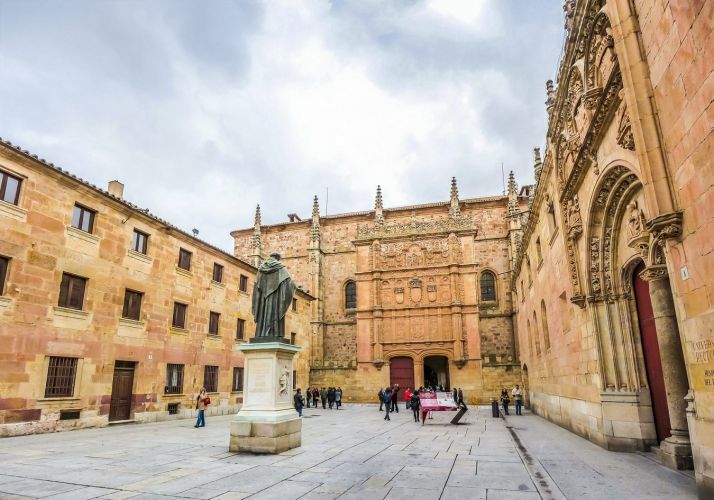 University of Salamanca is one of the oldest universities and was founded in 1134. It was over the years the University developed in terms of financial security and rules of the organization.

University of Salamanca offers Bachelors, Masters, Doctoral and other specialization courses programs in the fields of Art and Humanities, Sciences, Health Sciences, Social and Legal Sciences, and Engineering and Architecture.

University of Salamanca comprises 5 campuses namely Salamanca, Zamora, Avila, Bejar or Villamayor. The University’s architecture is rich in cultural heritage and symbols that promote emblematic spaces making it one of the most visited universities. The buildings at the university are of vital historical value.

The student body strength at the University is over 30,000. The University promotes active collaboration with international bodies that enunciates cultural and academic development. The partnership with institutions such as Institute of Ibero-American Studies, the Center for Brazilian Studies or the Japanese Hispanic Cultural Center enables the students to learn and the teachers to be able to motivate leading to the growth of the University as an organization.