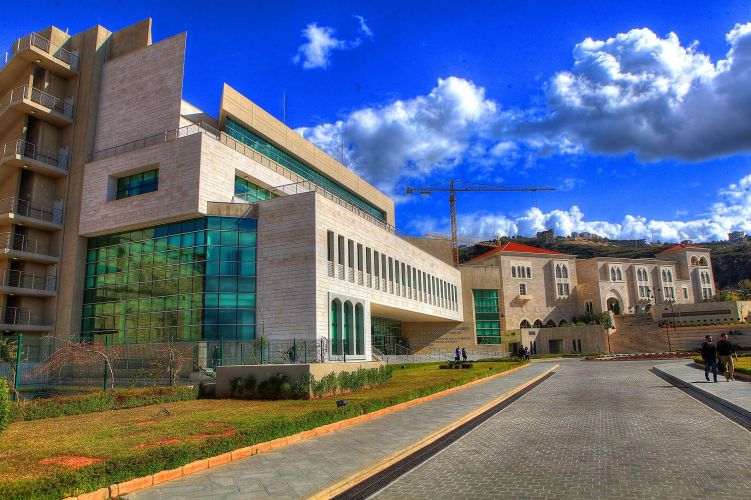 Lebanese American University has two campuses – one in Beirut and another in Byblos in Lebanon. The Byblos campus is 35 kilometers from Beirut. The Byblos campus specializes in Nursing, Medicine, Engineering, and Pharmacy courses while other faculties are based in Beirut. Both the campuses collectively are spread across an area of 18.40 hectares.

Lebanese American University has many of its courses recognized and endorsed by elite and prestigious accreditation agencies such as Association to Advance Collegiate Schools of Business (AASCB), ABET, and ACPE. French Ministry of Culture & Communication has also accredited the university’s Bachelor of Architecture Degree.

Lebanese American University ranks 6th in the Arab region and 601st in the world by the QS World University Rankings. The university is also the only university in Beirut which is accredited by the New England Commission of Higher Education (NECHE).

Lebanese American University is one of the few universities to maintain an Academic Centre in New York which is located in Manhattan, close to the United Nations. The center in New York is equipped with a library, lecture theatres, and alumni relations office.

Shortlisting of Colleges and Universities in Lebanon

A strong proficiency in the English language is essential for admission into universities in Lebanon. To be able to get a successful admission in Lebanese American University in Lebanon students need to complete IELTS with a minimum score of 6.5.