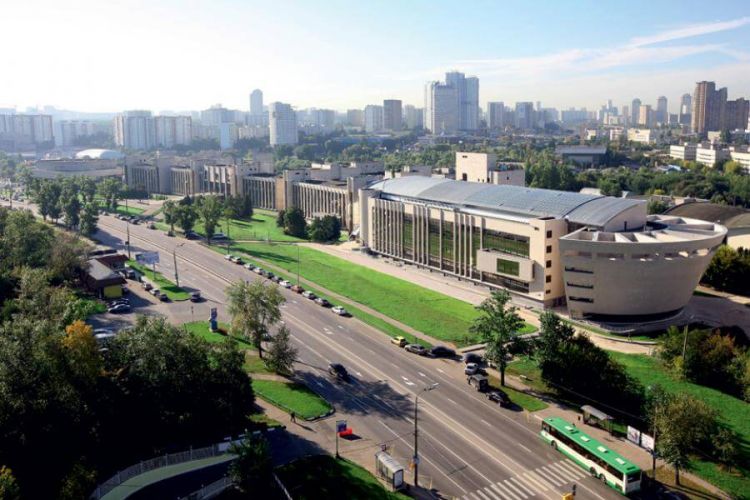 Study in Russia with MGIMO University

MGIMO University also known as Moscow State Institute of International Relations is an educational institution run by the Russian Ministry of Foreign Relations in Moscow, Russia. The university was established in 1944 by the decree of Soviet Government. The university is one of the most elite universities in the country and enrolls over 8000 students.

MGIMO University is the only university to constitute twelve corporate departments in co-operation with major Russian companies such as Rosneft, JSC Transneft, Gazprom Bank, JSC Russian Railways, and Federal Antimonopoly Service of Russia. The research institutes of the university include the International Institute of Energy Policy and Diplomacy, European Studies Institute, and School of Governance and Global Affairs.

MGIMO University has two campuses in the city of Moscow in Russia – Vernadsky, and Odintsovo. The university is known for its vibrant student life and numerous associations for students such as Student Union, International Students Association, Moscow International Model United Nations, Student Science Society, and Russian Association of Public Relations Students.

MGIMO University was dubbed Harvard of Russia by Henry Kissinger owing to its reputation as the most elite university in Russia which has produced many political, social, economic, and intellectual elite of the country. The university has an extremely low acceptance rate and getting admission into one of its programs is extremely competitive.

MGIMO University holds the world record in the Guinness Book of World Records for teaching 53 languages in one academic year which includes languages like Hindi, Pashto, Swahili, Chinese, Malay, Hebrew, Thai, and Uzbek to name a few.

MGIMO University has partnerships with over 170 foreign institutions in 57 countries such as France, Spain, Italy, Switzerland, Sweden, Norway, UK, Germany, and China that offers dual degree programs, student exchange opportunities, and study abroad options. The university is also a part of the Bologna process which offers high European student mobility.

Ilham Aliyev (President of Azerbaijan), Irina Bokova (Director-General of UNESCO), Miroslav Lajcak (Minister of Foreign and European Affairs of the Slovak Republic), and Maros Sefcovic (Vice-President of the European Commission).

A strong proficiency in the English language is essential for admission into universities in Russia. To be able to get a successful admission in MGIMO University in Russia students need to complete IELTS with a minimum score of 6.