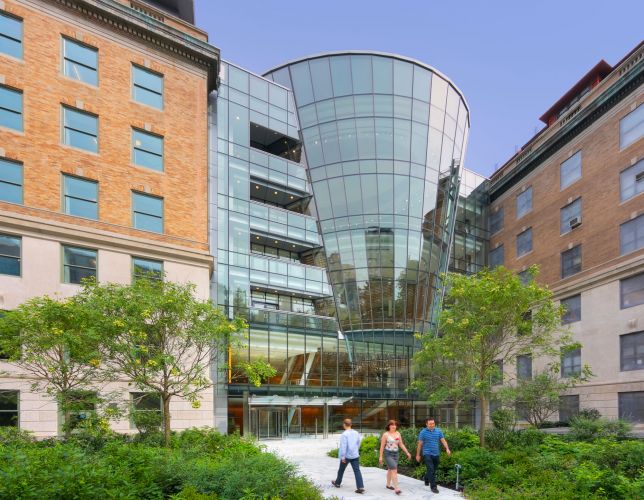 Study in United States of America with Rockefeller University

Rockefeller University is a private university located in New York City. The main action of the university is that its focuses on primarily on the biological medical research institute in the United States. It was established in the year 1901 as the Rockefeller Institute for Medical Research by John D. Rockefeller.

Rockefeller University, the main campus is located on the Upper East Side of Manhattan, between 63rd and 68th streets on New York Avenue. In University there are Memorial Sloan Kettering Cancer Center and New York-Presbyterian Hospital/ Weill Cornell Medicine on campus. There is nine research center on campus.

Rockefeller University, C. David Allis, Ph.D. (Laboratory of Chromatin Biology and Epigenetics) was awarded Albert Lasker Award in 2018. Michael W. Young was honored Nobel Prize in Physiology or Medicine in 2017. MacKinnon’s was awarded Nobel Prize in Chemistry in 2003 for discoveries offered insight into a variety of disorders caused by abnormalities in ion channel function, including epilepsy, ataxia, migraines and other electrical signaling diseases.

Rockefeller University has always been emphasis to its motto of “Science for the benefit of humanity”.