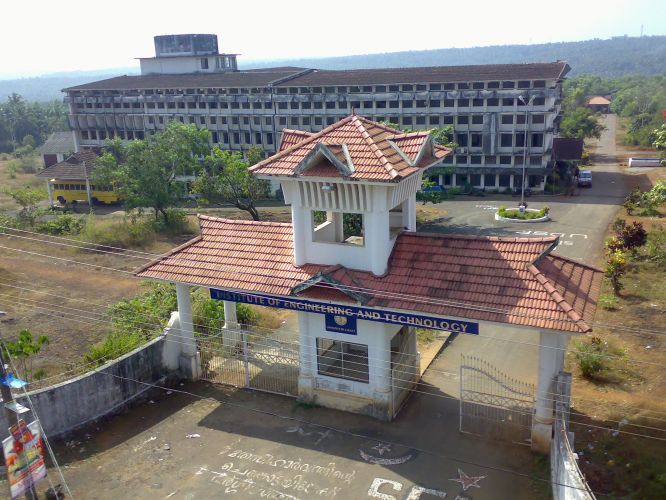 Study in India with University of Calicut

University of Calicut also known as Calicut University was established in the year 1968 in Thenjipalam, Malappuram District in the Indian state of Kerala by C.H. Muhammed Koya. The university is UGC (University Grants Commission) recognized and is the second university to be set up in the state after University of Kerala. From its humble beginnings, the university is now the largest education provider in the state with its off-campus centers in 5 different cities and 394 affiliated colleges catering to over 250,000 students every year.

School of Drama and Fine Arts is affiliated to National School of Drama and offers training and formal education to drama and theatre students. The university has about 394 affiliated colleges spread across Kozhikode, Thrissur, Malappuram, Palakkad and Wayanad which offer diplomas and degrees in Pharmacy, Homoeopathy, Hotel Management, Ayurveda, Dental Sciences, Music and Fine Arts.

University of Calicut primary campus is located at Thenjipalam in the outskirts of Malappuram district. The campus is largely rural and is spread over 500 acres. The university library on the main campus holds the distinction of being the first fully automated university library in Kerala. The library boasts of an impressive collection of 95,000 books and subscriptions to 218 journals and 10 newspapers. The Study Center library on campus also serves the academic community in the city and beyond.

University of Calicut is at the forefront in adopting technological advancements in classrooms as well as for staff in the form of smart classes, e-Governance, computerized examinations, and frontier lectures with renowned scholars and scientists. The university is ranked 21 among Indian universities by the National Institutional Ranking Framework (NIRF) in 2018.

The University of Calicut has produced one of the most successful athletes in India such as P.T. Usha, Shiny Wilson, and Anju Bobby George who have made India proud in various sports events across the world.

University of Calicut is one of the few universities in the world to house on campus Observatory. The observatory is largest at the university level in India and was set up in association with Indian Institute of Astrophysics, Bengaluru.

A strong proficiency in the English language is essential for admission into universities in India. To be able to get a successful admission in University of Calicut in India students need to complete IELTS with a minimum score of 6.