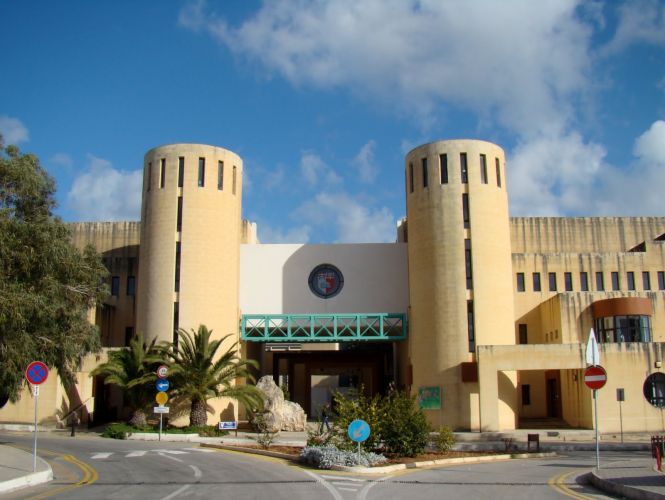 Study in Malta with University of Malta

University of Malta is Over 400 years old, It was founded on November 12, 1592, as Collegium Melitense in the city of Valetta. The college attained university status in 1769 after the expulsion of Jesuits from Malta. During the French occupation of the country from 1798 to 1800, the university was replaced by École Centrale but it re-opened its doors in the early 19th century. The university relocated to a much larger campus in Tal-Qroqq because of lack of expansion possibilities at Valetta. The university represents Malta’s growth as an economic, social and cultural hub of Europe and produces 3500 graduates annually.

Apart from the main university campus, 2000 students attend the G.F. Abela Junior College of the University for Foundation Studies.

University of Malta primary campus is located in Msida, Tal-Qroqq with a number of secondary campuses in Valetta, Marsaxlokk, and Gozo. The Msida campus is spread over an area of 194,000 square meters containing most of the faculties, institutes, and centers. The smaller Valetta campus houses the Old University Building dating back to the 15th century. The Valetta campus also hosts international seminars, conferences, and summer schools.

Apart from this the Gozo campus largely caters to students studying part-time degrees or diplomas, and short term courses. Interdisciplinary institutes and centers such as the Edward de Bono Institute, Mediterranean Academy of Diplomatic Studies, and School of Performing Arts are based at Msida campus. The University Library at Msida campus is spread over 5000 square meters, houses one million volumes, and subscribes to over 60,000 e-journals and 16,554 e-books.

University of Malta is home to the only International Maritime Law Institute (IMLI) in the world. It was established under the International Maritime Organisation, an agency of the United Nations which trains specialists in maritime law. The university is a member of various prestigious organizations such as the European University Association, Association of Commonwealth Universities, and the Utrecht Network. The university has won numerous accolades and projects in collaboration with partner universities of these networks.

Apart from this, the university has partnerships with the Chamber of Commerce, Employment and Training Corporation, and Enterprise and Industry Corporation to promote the industry, business, and public sector co-operation.

University of Malta is home to over 1000 students from 92 different nationalities, making it one of the most ethnically diverse universities in the Mediterranean region. The university’s acceptance rate is around 70 to 80 percent.

The university charges no tuition fee for undergraduate courses to the Maltese and European Citizens. Moreover, Maltese citizens are also entitled to a stipend. Numerous partially funded scholarships and grants are available for postgraduate and doctoral level students through private organizations and government agencies.

College Profile for  University of Malta

Shortlisting of Colleges and Universities in Malta

Recommendation letters for University of Malta

A strong proficiency in the English language is essential for admission into universities in Malta. To be able to get a successful admission in University of Malta in Malta students need to complete IELTS with a minimum score of 6.

University of Malta Cost of studies