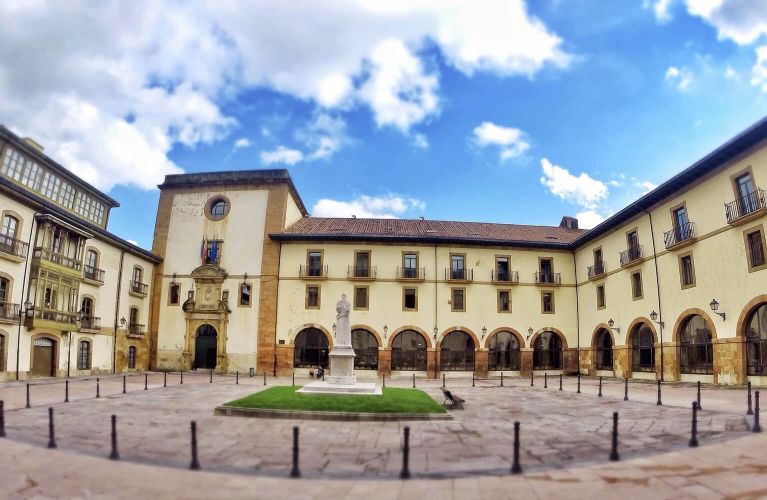 Study in Spain with University of Oviedo

The University of Oviedo is a public university located in Asturias, Spain. It is the only university in the region. The university was established in the year of 1574 by Pope Gregory XIII.

The University of Oviedo has 3 campuses located in Oviedo, Gijon, and Mieres. One of the most valuable assets of Oviedo, the capital and political and administrative centre of the region, is its architecture, both historical and contemporary. Meanwhile, Gijón, the city with the highest number of inhabitants of Asturias, is a town whose beaches and open parkland gives it a special appeal. Mieres also has a modern university campus. The commitment to the future of this traditionally mining town is strongly linked to technological research.

The University of Oviedo has been one of the first nine Spanish universities to obtain the Campus of International Excellence seal, and has done so with a project in which the research of excellence, specialization, and transfer of knowledge to the productive fabric are, together with the teaching of excellence, internationalization and a new campus model closer to the social environment, some of its main assets. The university welcomes a group of young researchers consisting of about 350 people, who join the research groups through different calls and programs to aid in research and teaching training, both predoctoral and postdoctoral. The global income obtained by the University of Oviedo for research in 2011 was 37.5 million euros. 70 new projects were obtained in the National R&D Plan, 13 projects of the Science, Technology and Innovation Plan of Asturias (PCTI), 5 new European projects of the Seventh Framework Program (FP7) and more than 460 research projects, contracts and collaboration agreements with companies.

The University of Oviedo is included in the final list of the Web of World Universities Ranking (prepared by the SCIC), occupying the 495th place in the world rankings and 27th in the national ranking. Similarly, the Taiwan Higher Education and Accreditation Evaluation Board place it in 497th place in its world rankings.

College Profile for  University of Oviedo

Recommendation letters for University of Oviedo

A strong proficiency in the English language is essential for admission into universities in Spain. To be able to get a successful admission in University of Oviedo in Spain students need to complete IELTS with a minimum score of 6.

University of Oviedo Cost of studies