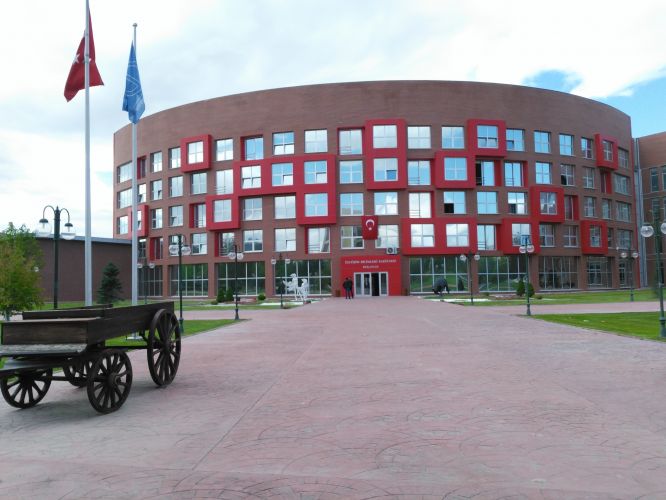 Study in Turkey with Anadolu University

Anadolu University was established in the year 1958. It is a public university which is situated in Eskisehir in Turkey. It was formed by the merger of four educational institutions of Eskisehir in 1982 but among the four universities namely Academy of Economics and Commercial Sciences was founded in 1958, it became its establishment year.

Most of the faculties of the university are experienced and qualified in their field of study. It is known for its distance education, internships, open education and language courses offered.

Anadolu University has got a huge campus with natural and secure environment for the students. Student life is made memorable by the facilities like dining, academic buildings, recreational area, cultural centre, theatre, cinema, art centre, museum, athletic grounds and halls. Student organizations organises different events and activities in the university. University media has radio station, newspaper and magazine.

University library is the digital library with the wide collection of books, journals, magazines, government documents and manuals. Students and faculties have access to electronic media, tutorials, labs and training rooms.

Anadolu University has been ranked among the best universities of Turkey by the Times Higher Education. It is an internationally acclaimed university being recognised among the top 1500 universities of the world. It is known for the quality of knowledge offered and research performed by its students and faculties.

Anadolu University assists the students financially by offering them scholarships and financial aids. Students have to fulfil the criteria set by the university to achieve these.

A strong proficiency in the English language is essential for admission into universities in Turkey. To be able to get a successful admission in Anadolu University in Turkey students need to complete IELTS with a minimum score of 5.