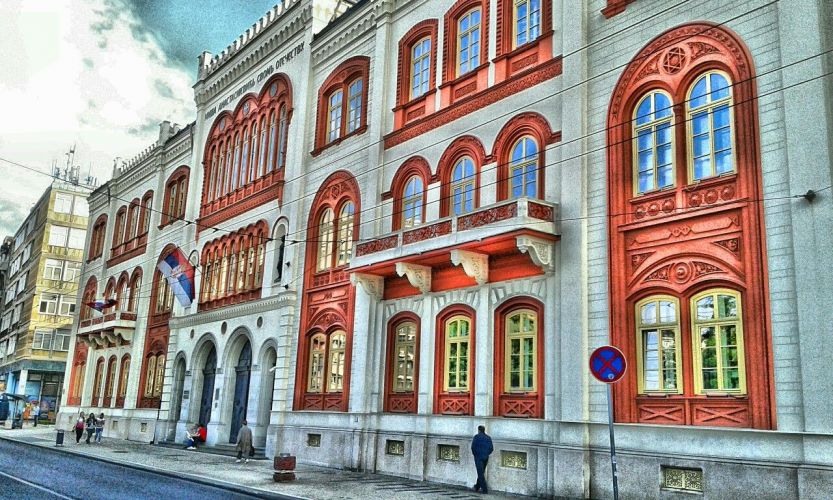 Study in Serbia with University of Belgrade

The University of Belgrade is a public university in Belgrade, Serbia established in the year 1808 as Belgrade Higher School by Dositej Obradovi?. The college was conferred university status in 1905 after King Peter I enacted the Act on Universities. The university was closed in 1941 after the German forces occupied the country. The communist government re-opened the university in 1945 after the liberation of Yugoslavia. The university today, is the oldest and largest university in Serbia and is considered as the center of education and research in Southeast Europe.

University of Belgrade campus comprises of a number of historical buildings of Belgrade. The university buildings are considered to be a vital part of Belgrade’s architecture. Some notable buildings once part of the university include Museum of Vuk and Dositej, Princess Ljubica’s Residence, and Subotica Law School to name a few. The buildings are scattered throughout the city and downtown area and also house dormitories for the students and various faculties.

Belgrade University Library also is known as Svetozar Markovi? University Library is housed in a 19th-century building and subscribes to a large number of journals, encyclopedias, bibliographies, and e-books. The library consists of 1,700,000 publications including monographs and serials.

The University of Belgrade heavily emphasizes on Education-Industry Collaboration and Research and has set us a Center for Technology Transfer of the University of Belgrade also known as CTT UB. The university collaborates on research projects with the industry and creates an environment for innovation. The academic community involved in these research projects assist the students in finding partners to gain valuable insights and promote business and startups.

The university also serves as the leading center of research in Southeast Europe and is ranked highly in research output, quality of research, and boasts of a strong academic community.

The University of Belgrade is part of UniAdrion, a network of universities of Italy, Greece, Slovenia, Albania, Croatia, Serbia, Montenegro, and Bosnia & Herzegovina. The network allows the partner universities to enhance co-operation between the staff and students through joint masters programs, summer schools, and research projects.

The university also provides numerous options to its students who are willing to study abroad with a wide range of bilateral affiliations with national and international academic institutions of high repute.

A strong proficiency in the English language is essential for admission into universities in Serbia. To be able to get a successful admission in University of Belgrade in Serbia students need to complete IELTS with a minimum score of 6.

University of Belgrade Cost of studies