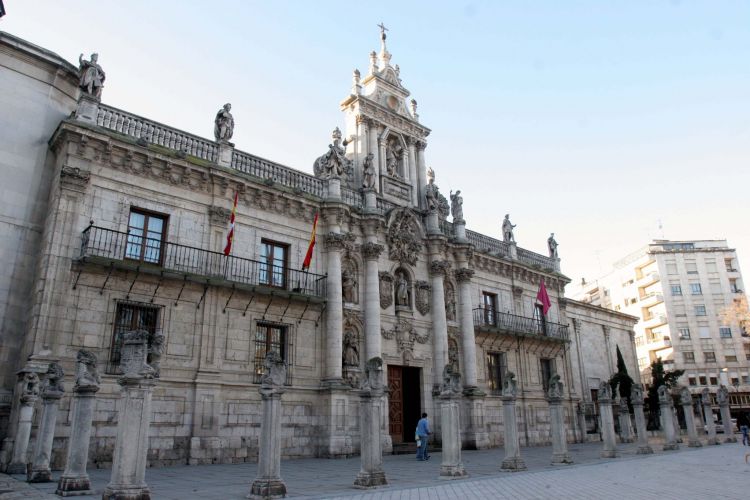 Study in Spain with University of Valladolid

University of Valladolid, have 7 campuses. The Campus is later distributed in the four cities of Spain. The first campus is based on Castile and Leon the second one Vallodolid, Palencia and the third one is based on Soria and fourth one is based on Segovia. The University consist library which has collection 970,000 books, some of which are important, for example its ancient book collection has 45,000 titles including manuscripts and incunabulum of 10th century. Periodicals: 16,000 titles, E-journals: 21,000 titles, E-books: 900, Data bases: 66. , Theses and Masters projects, 33,000. Library Services Website, reading room, interlibrary and intercampus loan, loan (book collection), computers, e-books, bibliographic information, user education online through Moodle, subject guides, and tutorials.

University of Valladolid, The research project 'Integral Rehabilitation Plan of Castilla y León' has received the qualification of “Good Practice” by UN-HABITAT in the 9th edition of the Dubai International Prize for Improving the Quality of Life in Cities, 2012.  The University also has been awarded for 9th European Urban and Regional Planning Awards 2011-2012, granted by the European Council of Urban Planners - European Council of Town Planners, ECTP - to the Regional Program for Regional Plans for Urban Development. Brussels, December 7, 2012.

College Profile for  University of Valladolid

Recommendation letters for University of Valladolid

A strong proficiency in the English language is essential for admission into universities in Spain. To be able to get a successful admission in University of Valladolid in Spain students need to complete IELTS with a minimum score of 6.