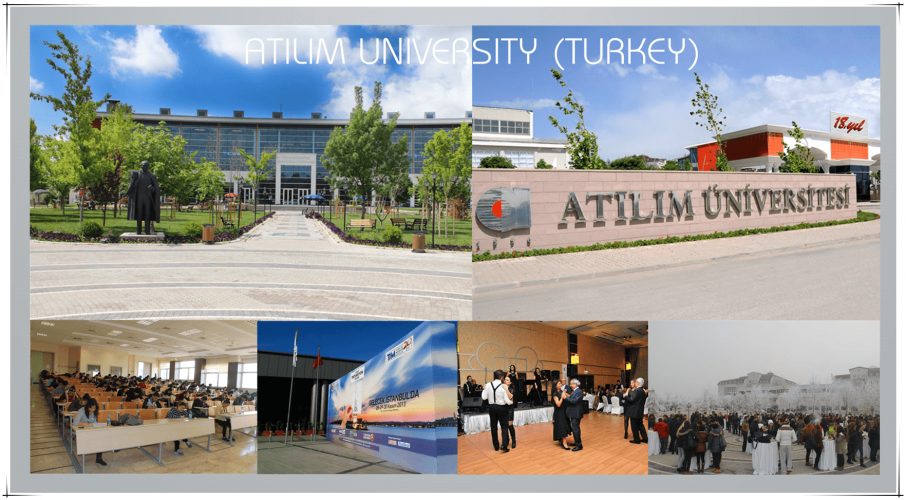 Atilim University was formed in 1997 in the capital city of Turkey, Ankara. It was created by Atilim Foundation which was formed in 1996. It is a private university and is known for its education and research in the field of science and technology.

Atilim University is well known for its Undergraduate Research Program apart from its other education. The language instruction for most of the courses is English. Atilim University has many sister universities along with 31 universities in Europe. The academic units of the university comprises of Faculties of Engineering, Management, Art, Design and Architecture, Arts and Sciences, and Law along with Institutes, Service Courses Units, English Preparatory School, Research and Application Centers and Research Labs.

Atilim University has 7500 students from 50 countries from around the world. The university is enriched with the great faculties to teach and direct their students towards the bright future. The university is well known for its Research Programs in science and technology.

The Atilim University’s campus is an urbanized infrastructure occupying 250 acres of land in Incek which is the fastest growing residential area Ankara. It is located 20 km from the City Centre and 7 km from the motorway. The university infrastructure is embraced with Faculty buildings, gym, basketball and volleyball courts, tennis court, labs, recreational areas, cafeterias and much more to admire. It has also formed some college clubs and societies for the students to be a part of it and enhance their personalities by being a part of debates, panel discussions and other social activities.

The Atilim University’s library is named as Kadriye Zaim Library. This library is the largest library in the city which is open for all the students. The library is equipped with printed books, e-books, databases, magazines, multimedia and encyclopedias. Library’s entrance has a restaurant which makes students to grab a coffee and study with relaxation.

The Atilim University is a renowned university in Turkey and it has always proved its abilities in the worldwide rankings. It was ranked among world’s top 500 universities in 2016 by London based The Higher Education. The university is ranked among top universities when ranked by the well known ranking firms The US News Global World Rankings, QS Organization, THE and BRICS.

The university is not left behind when it comes field oriented rankings like for the Internet Performance ranking and Quality research and innovation ranking.

The Atilim University provides financial aid for the students to pursue their education. The scholarship is provided program wise on the basis different criteria and then the requirements have to be fulfilled accordingly. These scholarships assist the students to go for their stress-free education.