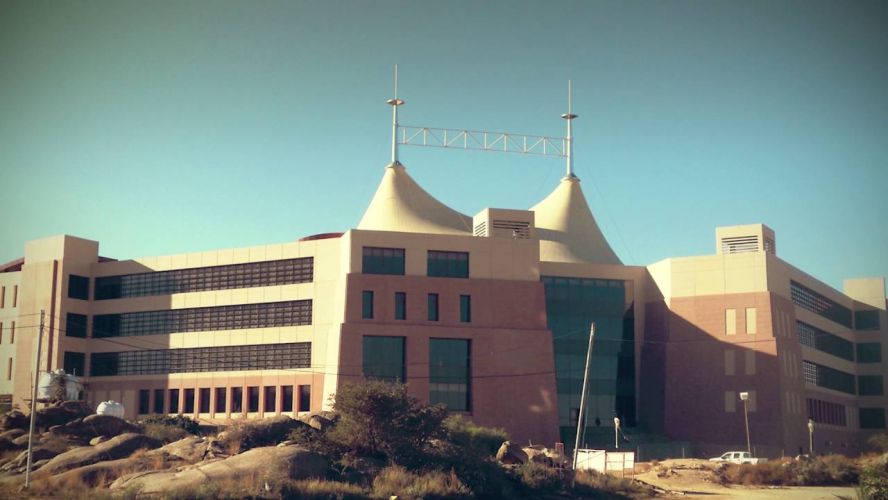 King Khalid University, is a public university located in Asir, Saudi Arabia. It was established in the year 1998 under the tutelage of the late King Fahd bin Abdulaziz Al Saud. On March 2012 Saudi Arabian protests, women students of the University protest against “Injustice and inequality” and “discrimination” and “mistreatment” by university staff.

King Khalid University, include colleges for females to study. The colleges have a various department like college of community females, Science and Arts College for Girls in KhamisMushait, Engineering College. The University has 29 different colleges and department in the university. The University has more than 4,296 academic staff and 6,014 administrative staff including 59,495 students.

King Khalid University, In 2011–12 the university completed construction of the Guraiger Campus in Abha. This has served and continues to serve as the main campus for all educational and administration. A female campus was built in al-Fara. There are still a few satellite campuses that can operate with a great deal of independence. As of 2019, a standalone campus for King Khalid University was under construction in al-Fara. This new campus is often referred to as University town. As part of the medical college, plans were made to build a public hospital which would have one of the largest bed capacities in the Middle East.

King Khalid University, has recently obtained the 5th place among the Saudi Universities, according to the American ranking "US News" for the year 2014.KKU improved its ranking by 43 spots from 520th in 2016 to the 477th in 2017. It also achieved 10th place at the level of Arab universities and narrowed national rankings by moving up one spot to 4th among universities in the Kingdom of Saudi Arabia. The University also offers 390 beneficiaries in a training course for a scholarship.

Shortlisting of Colleges and Universities in Saudi Arabia

A strong proficiency in the English language is essential for admission into universities in Saudi Arabia. To be able to get a successful admission in King Khalid University in Saudi Arabia students need to complete IELTS with a minimum score of 6.